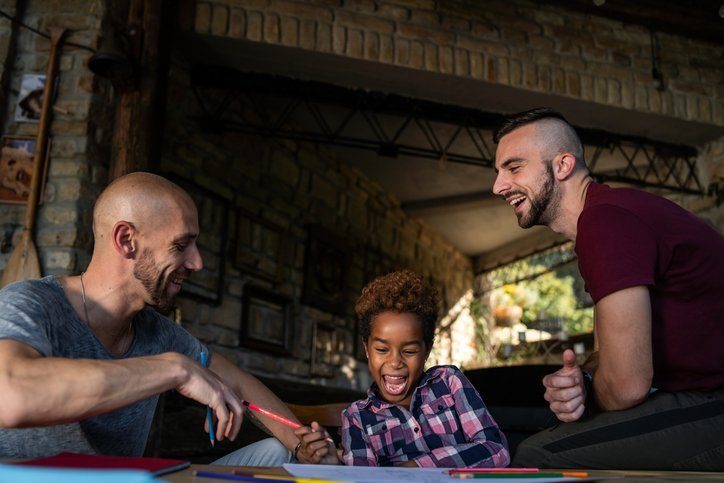 Most people will say that becoming a parent is one of the proudest moments of their life. To provide love, support, and security to a child is one of the greatest gifts a human being can receive. However, for same-sex couples, that level of certainty in providing security isn’t always the case. Despite the upward movement of nationalized gay marriage, parental rights for same-sex couples have remained somewhat stagnant. Same-sex couples face challenges in parenthood that heterosexual parents would have a hard time comprehending. Even if your name is listed on a birth certificate, you can still face legal limitations as a parent. Legal parenthood for same-sex couples is an important topic for LGBTQ family law attorneys, same-sex couples, parents, and advocates in Rhode Island and all over the country.

Why This Needs to Change

One of the biggest problems in obtaining legal parenthood for same-sex couples surrounds around the act of marriage. It was an issue that Sara Watson of Narragansett, Rhode Island never realized until the birth of her son, Eli. Sara and her partner, Anna Ford, aren’t married. Despite the fact that it was Sara’s egg and a sperm donor that was used to conceive their son, legally, she had no rights as an unmarried partner in a same-sex relationship. You might be wondering why unmarried heterosexual couples are fully capable of retaining legal parental rights over their newborn, despite not being married. That’s because they have a form called voluntary acknowledgment of paternity. When an unmarried man and woman have a child, the man signs this form to confirm he is indeed the father. With this signature, his name goes on the birth certificate and the state basically declares him as the father.

Right now, one of the only ways to obtain legal parenthood for same-sex couples is second-parent adoptions. Basically, this means going through a long and expensive legal process to adopt your own child. Even though the entire approach can seem a bit senseless, and even offensive for some, it’s still highly recommended among family law attorneys. Without an adoption, the non-birth parent enters a world of legal risks when it comes to parental rights. For instance, if the couple decides to separate in the future, the non-birth parent can end up in a lengthy legal battle for custody. Even worse, if something happens to the birth mother, their child can end up in the foster care system.

Same-sex parents, regardless if they’re married, face a variety of legal challenges when it comes to parenting. Something as simple as picking your child up from school could require written permission from the birth parent. An array of other legal issues can present themselves when attempting to do common tasks. For instance, adding a child to a health insurance policy, visiting them in a hospital, or visiting them at school can pose problems. If you or someone you know is struggling with parental rights such as these, it’s important to contact a legal professional. A specialized LGBTQ custody attorney can assist you. They can explain the legal details around these current laws, and help shed light on what they’d like to see for your future. Contact a family law attorney today to learn more about your options.