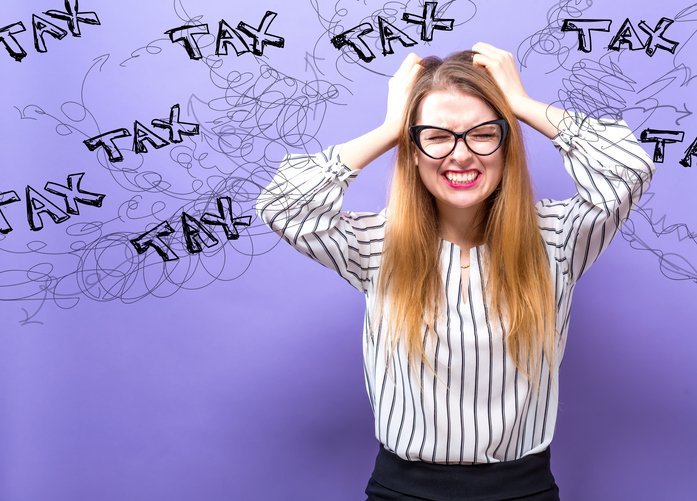 If you’re recently divorced, there’s no question your life is currently filled with major changes. Your daily tasks, schedules, and living arrangements are completely different. That list of changes will also include how you handle your 2018 taxes. Divorced parents will have to file taxes differently than they’ve normally done throughout the years of their marriage. If you’re are a new divorcee, you may have many questions on claiming children on your tax return. Who claims children as dependents? What qualifies a parent as the primary caretaker? What if you’re also paying child support? These and other questions are addressed in this article to help you better understand how to file your 2018 tax returns. While this might shed some light on claiming children on your tax returns, it’s always recommended to work with a tax expert if this is your first time filing your tax returns after a divorce.

Claiming Children on Your Tax Return After a Divorce

First and foremost, it’s important to note that there has been a tax law update as of 2018. The Tax Cuts and Jobs Act has eliminated the personal exception that would allow you to reduce your taxable income. While this elimination does impact your taxable income, there are other financial advantages to claiming dependents. Claiming children on your tax return can still offer tax breaks, such as the child or dependent tax credits, and overall — a better filing status. This can clearly put divorced or separating couples into a compromising position when it comes to deciding who gets to claim their children as dependents.

Who is Allowed to Claim Children as Dependents

Other Rules and Regulations on Claiming Children on Your Tax Return

The family courts will always recommend that divorced parents discuss who is claiming children on their tax returns. It’s against the law for both divorced parents to claim children as dependents. If both divorced parents decide they will claim the children on each tax return, the parent who filed first will be the only form that is accepted. This is why it’s so important for both parents to communicate and have a set plan in place when tax season rolls around. Of course, the courts have special rules in place if scenarios like this occur and both parents file at the same time or if they can’t agree on who will be claiming children on their tax returns. The courts offer the following rules:

Besides knowing who can claim children as dependents after a divorce, it’s also important to know if your child meets the tax claim requirements:

For More Information on Claiming Children on Your Tax Returns

While this information can shed some light on the process for filing your tax returns after a divorce, some circumstances can prove to be more complex. For instance, if you and your ex-spouse split all responsibilities evenly in cases of shared custody, deciding on who claims the children on tax returns can get ugly. It’s better to have an experienced RI divorce attorney to help determine who will be labeled as the custodial parent. For more information on how to handle your taxes this season, contact an experienced divorce lawyer for assistance.

If you’re recently divorced, there’s no question your life is currently filled with major changes.…

What You Need To Know About Child Custody In Connecticut

If you’re recently divorced, there’s no question your life is currently filled with major changes.…