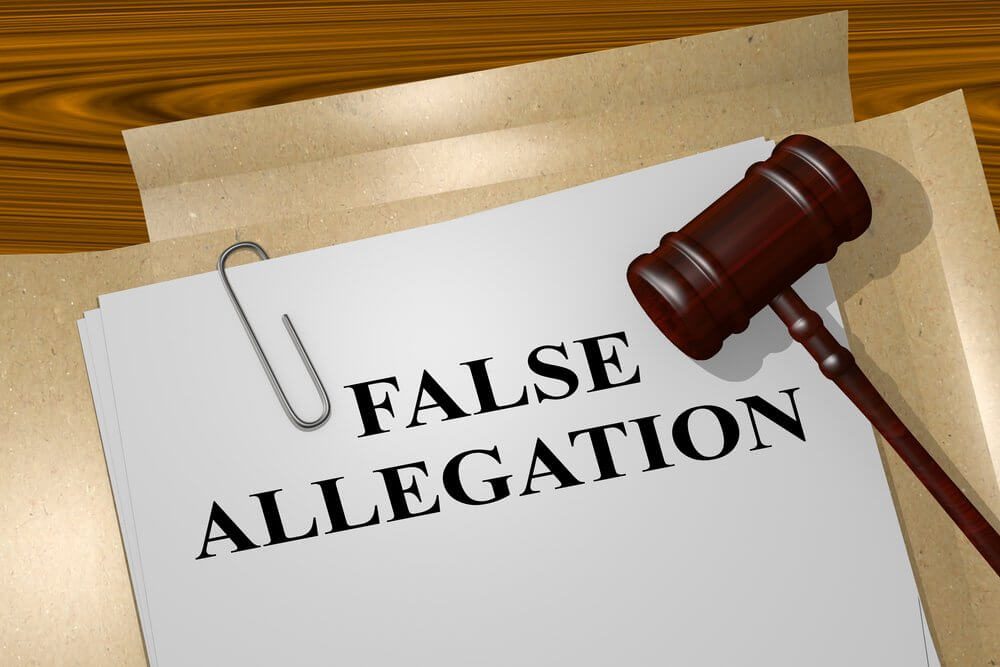 There’s a saying that goes, “All is fair in love and war.” Well, that’s not exactly true. There’s quite a bit that’s unfair about both love and war, and it seems like a divorce can bring out the worst in people. Some divorces, like battles, get so messy that one party will stop at nothing to gain some kind of leverage during proceedings. Unfortunately, as we’ve historically seen in warfare and divorce, men are often the victims of these attacks. Instead of gas or chemical weapons, spouses can use false allegations to gain an unfair upper hand. These allegations can go so far as to make accusations of first-degree sexual assault, and when this happens divorce is hell.

Easy for Them to Get a Protection Order

The courts have set up a system that errs on the side of caution. They treat allegations of domestic violence very seriously, and it is easy for a partner to obtain a protection order. Placing a protection order on someone in a divorce can benefit the other party tremendously. The allegation alone can affect the outcome of a case no matter if a lawyer proves it false later. Combined with the ease of getting a protection order, this is a tactic that is too often abused. An organization called Stop Abusive and Violent Environments estimates that in seventy percent of divorce cases where child custody is involved, allegations of domestic abuse are “deemed to be unnecessary or false.”

In some states, there are no legal consequences for when a husband commits first-degree sexual assault on his wife. Rhode Island is a state that does not distinguish between people in or outside of marriage concerning this law. It’s notoriously difficult to refute something that happened behind closed doors. Now, factor in the intimate nature of being husband and wife, sharing the same bed, and it’s scary what people can claim. Fortunately, the way Rhode Island defines first-degree sexual assault protects spouses from allegations of assault if one party claims they were under the influence of drugs and alcohol.

They Would Never…or Would They?

There are many reasons why someone would bring up false allegations. Unscrupulous partners can use false allegations as a bargaining chip for a more favorable split in assets. They use them to secure custody of children. They can also use them to drag someone’s name through the mud. This can be a financial strain as well. What immediately happens when someone makes these allegations is that the person who is accused must leave home. It can take two weeks for a hearing to proceed, and it that time the accused has to find somewhere to live. Then, once a judge puts a protection order in place, all communications between parties must go through their lawyers. These tactics can drain a man’s bank account, making him more likely to reach a deal than he would if his finances weren’t being so heavily burdened.

If your partner brings up false allegations of domestic abuse against you, it is very important that you take action as soon as possible. The first thing you must do is cut off all contact with your spouse. Then, contact your attorney and let them know everything you can about the allegations. Start gathering all the evidence you have. All sorts of communications including E-mails, texts, or audio and video recordings can help you when your day comes in court. It’s a big help if you can show that your spouse has threatened you with charges in the past to get some advantage. Reach out to witnesses who can stand by your version of the story. Find people who can serve as character witnesses on your behalf.

War is Hell, but Divorce Might be Worse There's a saying that goes, "All is…

Social Media: What to Avoid Doing During a Divorce

War is Hell, but Divorce Might be Worse There's a saying that goes, "All is…